Locations we service near Tacoma


Tacoma is a city in Washington state, on the banks of Puget Sound, south of Seattle. It's known for the Museum of Glass, which has works by renowned glass artist Dale Chihuly among its exhibits. These include installations on the Chihuly Bridge of Glass. The Tacoma Art Museum has a strong Northwest regional focus. The Washington State History Museum features hands-on exhibits, plus a vast model railroad. 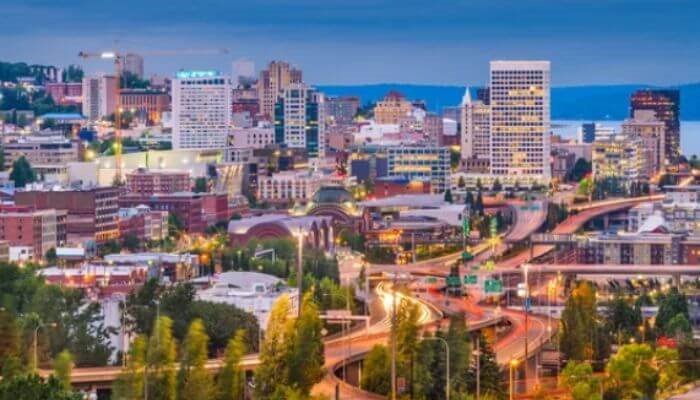